Promotional images for the upcoming Timeless two-hour movie dropped yesterday sending fans spiraling into a storm of speculation. The fansite is here to put your little lyatt hearts at ease. Spoilers, images, and speculation below.

When we’re surrounded by good people, it’s easy to forget the fights that have broken out between ships when information has dropped. But it happens, almost every time. In the past it has led both Eric Kripke and Arika Mittman to tweet reassuringly at the fans after the start of such fights. It’s safe to assume they have better things to do (like write TV shows, for example) and it wouldn’t surprise the fansite if a decision was made early on to keep as much ship talk out of promotional images and interviews as possible. This doesn’t mean Lyatt will sink, nor does it mean the Garcy fans will be disappointed by these episodes. All it likely means is the writers would prefer the fans to anticipate the episodes for every aspect of the show. For the history. For the sci-fi and time travel. For the time team. For the bunker family. For the Christmas spirit. For the enjoyment of watching our favorite characters embark on a journey we may never have seen. Don’t panic if your ship isn’t obvious in the promos. Embrace how wonderful it will be to watch this 2-hours without spoilers and speculation zapping your enjoyment.
Having said all that, the fansite thinks the below is lyatt content and we think this scene’s going to be an interesting one for our fave couple: 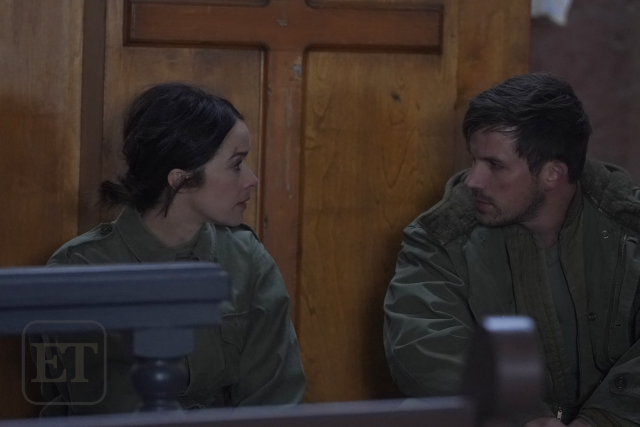 To counteract some of the more negative speculation regarding her absence in the image, here’s some that skews positive:
Lucy’s late because she returned home to find Amy had returned – and that may have distracted her just a little…
Lucy’s actually there, behind Rufus, at the other table. She just really wants to finish reading some research before joining them. Just one more paragraph…
Look, it’s Christmas, okay? There’s mistletoe. She just popped out to buy some mints so when she kisses Wyatt she won’t have whiskey breath.
Listen, Lucy is a vodka girl. And she’s just fetching her bottle from beneath the couch…
Lucy’s secretly the one hanging the mistletoe while everyone is distracted.

“I wonder why Wyatt’s smiling?” 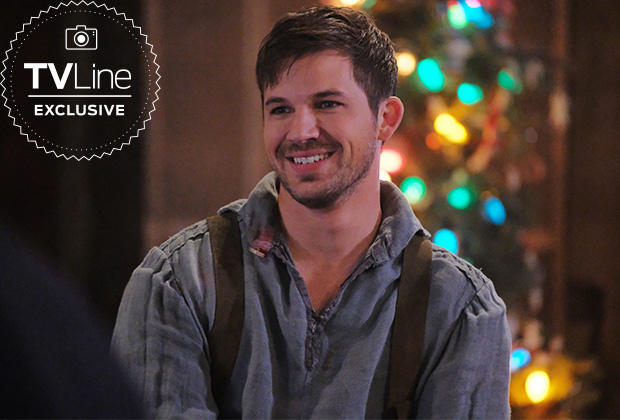 Wyatt is smiling because he’s talking to, or about, Lucy Preston. It’s that’s simple. Off doing something heroic, we imagine. But he won’t die. We don’t believe for a second the writers would kill off one of our faves in these eps – especially not after bringing Rufus back. It should make for some angsty viewing though. It might even be the moment Lucy realizes she can’t live without him and forgives him for the Jessica Fiasco.

As for the last two images.

There’s really nothing to say except:

Owner and Editor of Timeless Online. View all posts by clockblockers